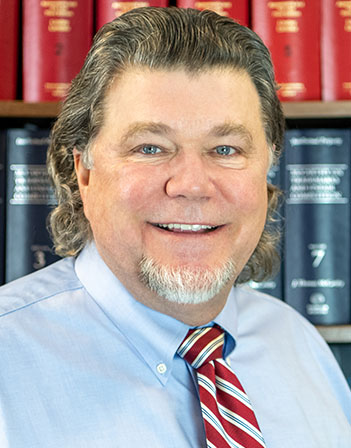 Bob counsels clients on the worldwide clearance and registration of trademarks and in transfers, and licensing of trademarks, copyrights, including software and other intellectual property. He also litigates matters concerning the infringement of patents, trademarks and copyrights as well as the theft of trade secrets and matters involving other forms of unfair competition, including false advertising.

Prior to the private practice of law, Bob served as a Trademark Examining Attorney for the U.S. Patent and Trademark Office. As a result, he has an understanding and appreciation of how the Office operates and what steps to take to move a client’s application forward. He has maintained his relationships within the Office and among former colleagues.

Bob is comfortable working with companies and law firms from other countries and handling overseas matters on behalf of domestic clients. He conveys his understanding of the differences between U.S. laws and foreign laws and the impact they will have on clients. As a result, colleagues from other law firms often discuss options for handling a particular situation, such as in which jurisdiction should a trademark infringement dispute be venued based upon each country’s laws and the anticipated outcome for a client.

Bob recently served on the New Jersey District Court Special Committee to develop local rules for patent litigation. He also provided comments and amendments to the proposed New Jersey Trade Secrets Act for the New Jersey Law Revision Committee. He is a founder and Immediate Past Director of the John C. Lifland American Inn of Court, which focuses on federal practice and intellectual property law.