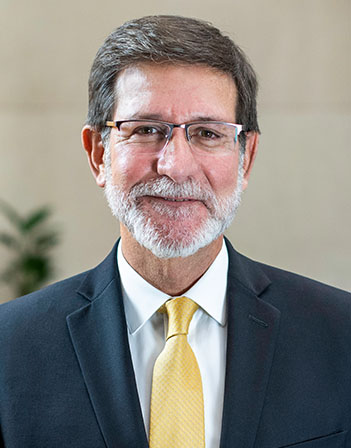 Luis G. Rivera-Marín is Of Counsel at Porzio, Bromberg & Newman, P.C. Luis brings extensive experience in both the private and public sector, having practiced law in the private sector for more than two decades. Before entering public service, Mr. Rivera-Marín litigated commercial cases and served as counsel for several local and international firms in Puerto Rico. Rivera-Marín has advised Puerto Rico’s principal financial institutions in compliance and secured transactions issues, and has served in the Board of Governors of the Mortgage Bankers Association. Rivera Marín also served in various corporate positions leading the expansion of businesses in Puerto Rico.

Rivera-Marín served as the island’s 25th Secretary of State. He was a member of all Executive Branch councils and, in coordination with the US Department of State, the official representative of the US territory of Puerto Rico in all international and consular affairs. Additionally, Rivera-Marín held the position of Chief  Economic Development Advisor to the Governor.

Rivera-Marín served as secretary of the Puerto Rico Department of Consumer Affairs, which regulated the island’s housing, commerce and energy sectors. He also served as Executive Director of the Puerto Rico Tourism Company, where he promoted the island as an investment and travel destination, and regulated the gaming industry. Concurrently, he chaired several government boards, including the Hotel Development Corporation, the Puerto Rico Convention Bureau, the Tourism Development Fund, the Puerto Rico Ports Authority, and the Administration of Traffic Accident Compensations. Rivera-Marín led the committee that steered the successful San Juan International Airport public, private partnership concession, the first in the nation awarded by the Department of Transportation of the United States.