How to Put the "Independent" In Independent Contractor Status

This month the National Labor Relations Board ("NLRB") renewed its dispute with FedEx, hopeful that this time FedEx will be forced to accept the union on the ground that FedEx's current independent contractors are employees.

While courts have looked traditionally at several factors, they appear to be moving away from placing great reliance on the former right-to-control test in determining independent contractor status.   That is, while the employer's level of control over a worker is still evaluated, courts also consider the extent to which workers have the opportunity to pursue their own business, and whether they have the inherent potential for greater rewards and/or bear greater risks on their own. 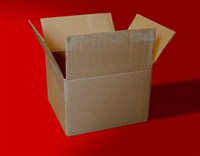