Wall Street Journal Quotes Vito A. Gagliardi, Jr.: Most of NJ's Regional School Districts are “Plagued by an Imbalance”

The article addresses New Jersey's numerous recent disputes over funding for regional schools. Current stipulations date back to a 1975 state law mandating that the per-pupil costs be based on the total value of real estate in each town.  In towns where property values soared and the number of students dropped, however, those taxpayers have seen the per-pupil costs skyrocket.

Vito Gagliardi, Jr. represents the town of Oradell in its current appeals case before the River Dell Regional School District in Bergen County.  According to Mr. Gagliardi, most of the state's school districts are "plagued by an imbalance” in which one community carries a significantly higher cost per pupil.  Indeed, Porzio's Education Law team has handled more cases involving regional school funding issues than any in the state, and has represented every community mentioned in the article as being victimized by disproportionate tax levies. 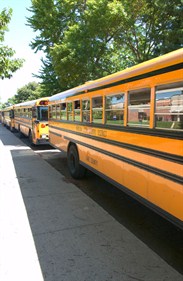