On April 18, 2016, in Paff v. Galloway Township, Docket No. A-0125-14T4, the Appellate Division reversed a trial court order requiring Galloway Township to create, and subsequently provide, previously non-existent logs of the Town Clerk's and Chief of Police's e-mails to John Paff in response to his request made under the Open Public Records Act (OPRA), N.J.S.A. 47:1A-1, et seq.

Galloway Township was unsuccessful at the trial level and, given Porzio, Bromberg & Newman, P.C.'s (Porzio) expertise with OPRA and history of successful victories on behalf of the New Jersey State Association of Chiefs of Police (NJSACOP), requested that NJSACOP intervene immediately as an amicus. Upon making a request to intervene, the Appellate Division not only granted the request, but ordered that NJSACOP participate at oral argument.

Porzio principal Vito A. Gagliardi, Jr. appeared on behalf of NJSACOP and argued that OPRA cannot compel a government agency to create new documents - even though Galloway Township once created e-mail logs on request and admitted it would do so readily - and that the trial court's decision, which required the creation and production of a log of internal police communications, violated the Attorney General's Guidelines on Internal Affairs Policy & Procedures.

After hearing the oral argument, the Appellate Division ruled that Paff's OPRA requests were legally defective, as OPRA does not require government agencies to create records that do not already exist.  Therefore, Paff was not entitled to the requested logs.

This decision is a positive result for police departments, who are routinely bombarded with requests to create new documents. This published decision serves as legally binding precedent going forward, and provides a mechanism to defeat such demands. 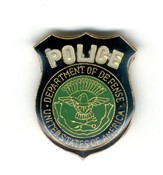