Principal Vito A. Gagliardi, Jr. Argued Before the NJ Supreme Court on Behalf of the NJ State Association of Chiefs of Police

Mr. Gagliardi appeared on behalf of amicus curiae New Jersey State Association of Chiefs of Police (NJSACOP), the client on whose behalf he argued successfully - in a published Appellate Division decision - that a municipality is justified in refusing to produce a log of its police chief's e-mails, including all parties and the subject matter, in response to a request under the Open Public Records Act (Paff v. Galloway Township). 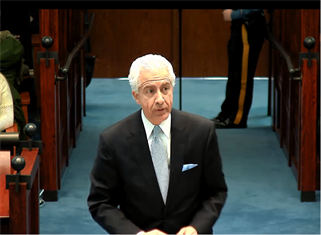