The matter of Paff v. Galloway Township was explored in the Star-Ledger article, "N.J. Supreme Court Case Could Reshape What Government Information You Get to See," by S.P. Sullivan, on March 4, 2017.

Porzio Managing Principal Vito A. Gagliardi, Jr. appeared last week before the New Jersey Supreme Court on behalf of amicus curiae New Jersey State Association of Chiefs of Police (NJSACOP). Mr. Gagliardi previously successfully argued before the Appellate Division that a municipality is justified in refusing to produce a log of its police chief's e-mails in response to a request under the Open Public Records Act.

Attorneys for Galloway Township and NJSACOP argue that a reversal of the appellate decision would tax small local governments with cumbersome requests for logs of digital records. 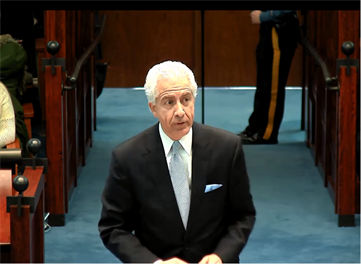