The Porzio, Bromberg & Newman ("Porzio") library has been renamed the "Justice James H. Coleman, Jr. Library," in recognition of the immeasurable contributions that Justice Coleman has made to the firm, the greater community, and the legal landscape as a whole.  Justice Coleman joined Porzio in 2004, where he has worked as a mediator and arbitrator while Of Counsel, and continues to dedicate his life to the causes of racial and social justice.

Based on the more than 2,000 opinions authored by Justice Coleman, approximately 400 of which have been published, the media has concluded that "despite his historic roles, he has no agenda but to dispense justice evenly . . .  That he has been a justice for all seasons . . . heavy on substance, light on flash."  His legacy also has been described as "The Great Levelor."

Justice Coleman will continue to serve the legal community as an arbitrator and mentor through his role with Porzio. 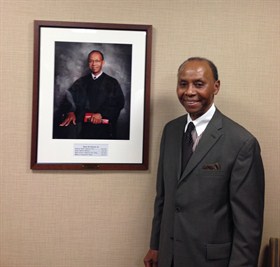