While working as a stylist on a video shoot for YMCA fitness classes, Ms. Charles was asked to participate in the shoot as well. Her image was subsequently used without her consent throughout the YMCA of Greater New York's fundaising campaign. Her likeness has appeared on everything from event tickets to New York City buses.

A suit has been introduced in the Manhattan Supreme Court against the YMCA, Matador Productions and Wolfe Doyle Advertising. Ms. Charles is represented by Porzio of counsel William F. Fitzgerald. 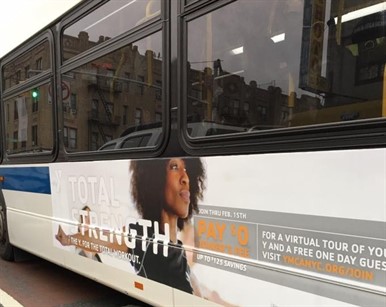